Why Invest in Ceramic Coating from @ The Car Wash?

the lifetime of your entire vehicle

the resale value of your vehicle

your car a beautiful, glossy shine — the same as it did when you drove it off the lot!

Protect Your Car’s Paint for Years to Come

Did you recently visit @ The Car Wash for paint correction services? In addition to paint corrections, we also offer ceramic coating for your car. Now, you can ensure your new paint stays shiny and beautiful for years to come! If your paint is already in good shape and you’re just looking to protect it, we can help you out with that, too. Contact us today in Fredericksburg to learn more about our ceramic coating process or make an appointment today! 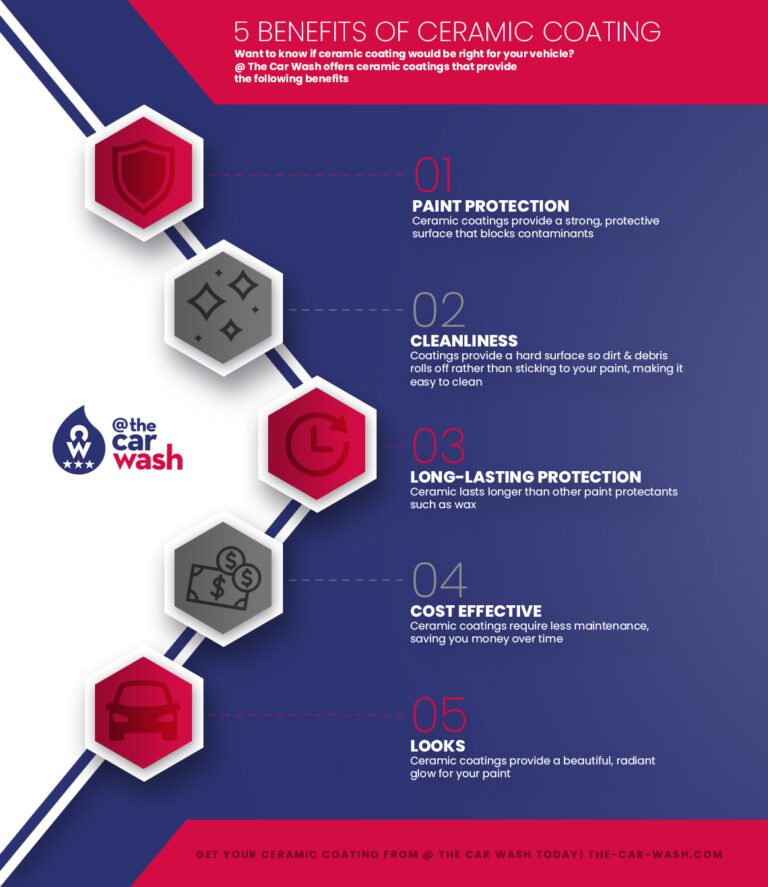 From smartphones to smart homes, everything is turning smart today. Isn’t it time you turned smart too? Yes, of course!

We know you are annoyed about the paint on your car which tends to peel, get scratched, and get dirty, which makes your car seem old and aged. 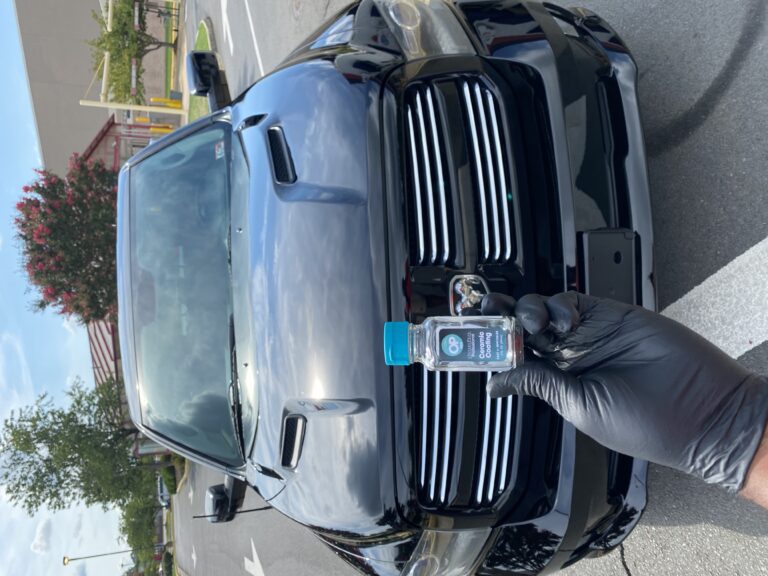 What Is Ceramic Coating?

Ceramic coating for cars provides high-performance hard oxide layers on your car paint to protect it from corrosion, scratches, sun damage, and minor scratches. The main ingredient is SiO2 Silicon Oxide, which is commonly found in nature and widely used in ceramic coatings. The demand for high-quality ceramic coating products is higher than ever and their application is not only limited to the automotive industry, but widely used in marine, airline, and building industries as well.

Ceramic coating is the ultimate way to protect your beloved vehicle from the inside, out. Unlike other types of car detailing treatments, such as polymer sealants or wax, ceramic coatings are able to withstand abrasion, high heat, and more, helping to protect your vehicle every time you drive, year-round.

As an added bonus, ceramic coatings are also hydrophobic, meaning that water and other corrosive materials will easily slide off or clean off, never sticking to and damaging the surfaces of your car.

Everyone wants to protect their car paint from bird droppings, UV rays, acid rain, dust, and swirls. Auto ceramic coating forms a layer of nanoparticles on your car paint, which protects your car’s paint and the shine. Ceramic coating can last for more than five years, depending on the quality. Ceramic coatings are the best solution to protect your car interior and exterior.

Depending on the current condition of your car’s paint, our experts may need to perform paint corrections on your car’s paint before we can successfully complete our ceramic coating process. When you combine these services, you’ll have everyone wondering how your car got to looking so great. Call us in Fredericksburg to schedule an appointment so we can take a look and see what we’re working with.

Owner’s Pride — The Best Around

When it comes to ceramic coating for your vehicle, there are lots of brands to choose from. @ The Car Wash understands that, which is why we’ve chosen to partner with Owner’s Pride, to help make your decision easier.

Owner’s Pride offers complete coverage for your vehicle, rain or shine. This long-lasting, high-quality coating will keep your paint covered for years to come. Owner’s Pride creates car care products for people like you who truly love their vehicle and want to keep it in good condition throughout the year. These products will ensure that your car looks its best, no matter what!

Say goodbye to inferior products that leave streaks across your paint or create microsctraches that dull the finish. Instead, say hello to Owner’s Pride and get your car back to looking the same as it did before you even drove it off the lot!

What Does Ceramic Coating Help Protect Against? 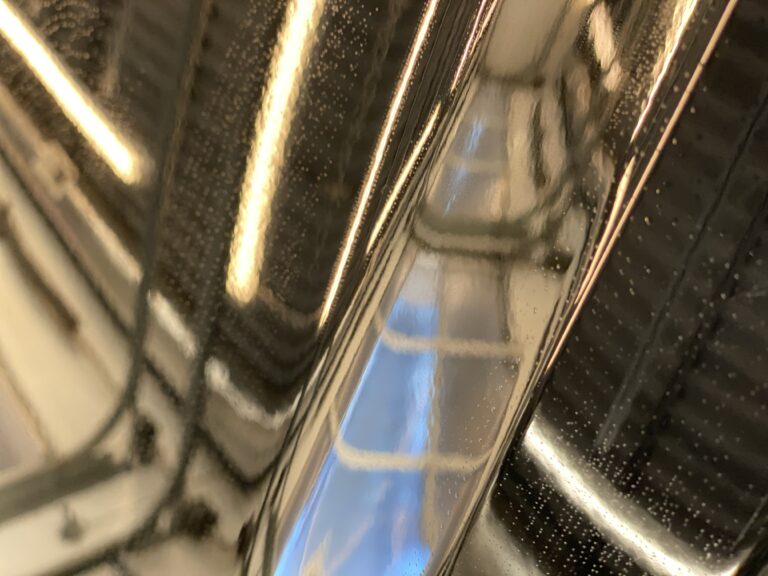 Ceramics were discovered in the early 1980s and since then have revolutionized the car care industry. Most of the ceramic car coatings are SiO2 (Silicon Dioxide) coatings, which forms an oxide layer on the surfaces. Ceramic coatings are heat resistant, protecting your car from UV rays — they can pass nominal fire tests as well. Traditional methods of protecting your car, like wraps or teflon coatings, are still widely used, but car ceramic coatings are now more popular and widely used.

These coatings form a layer on the car body, protecting your car paint. During an experiment, ten milliliters were dropped into a steel container and the ceramic coating formed a thick, hardened layer of shiny glass-like crystal. The same layer is formed on the treated surfaces, which helps in protecting your car’s paint. This layer has multiple properties, such as hydrophobic, UV resistance, scratch tolerance, deep gloss, and chemical protection. Due to multiple properties, car surfaces are easier to clean and maintain for a longer period of time. 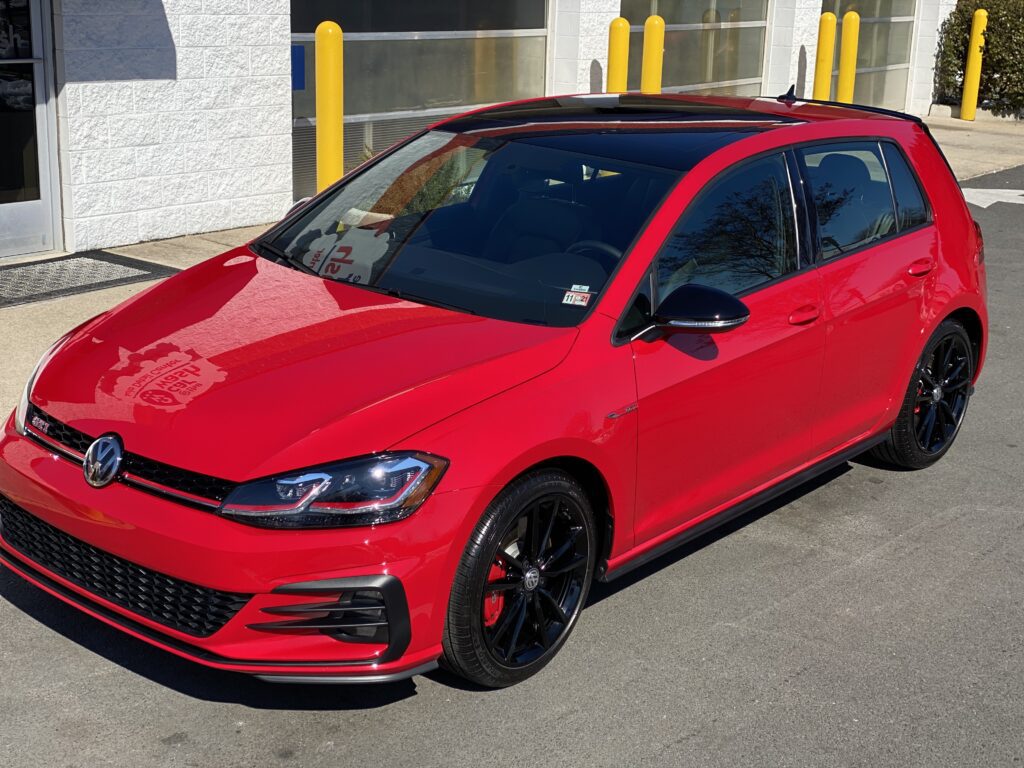 What Can Ceramic Coating Not Do?

While we believe ceramic coating is a wonderful product that can help bring your car back to life, it’s important to understand that there are some things it can’t do. Some of these things include:

Ceramic coating is a useful tool used to protect your vehicle from many outside elements, but it’s not a cure-all. If your paint is currently scratched or damaged, we suggest reaching out to our professional team to learn more about paint correction services.

Where Can Ceramic Coating Be Applied?

Owner’s Pride ceramic coating offers all-around protection for each part of your vehicle including:

Looking for Ceramic Coating in Fredericksburg?

Our cost-effective and efficient ceramic coating for cars will protect your car’s paint and shininess for longer. With this service, you can have your car transformed and looking new in no time.

@ The Car Wash is an emerging company in the industry that is being raised and honed with firm passion, a touch of ingenuity, and loads of dreams. With us, transforming your car in Fredericksburg has never been easier!

Our premier car wash is proud to offer a range of high-quality services, including paint correction, automatic car washes, and ceramic coating. We are excited to help you get your vehicle looking brand new! Reach out to our automotive experts in Fredericksburg today. 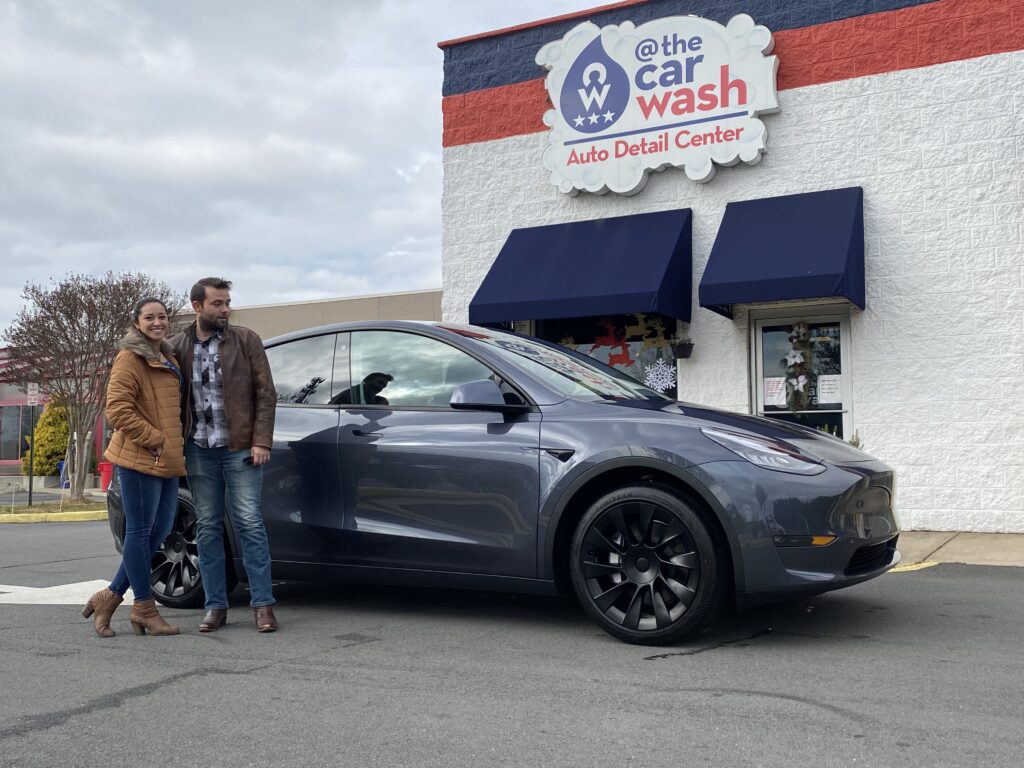 Trust the Pros From @ The Car Wash 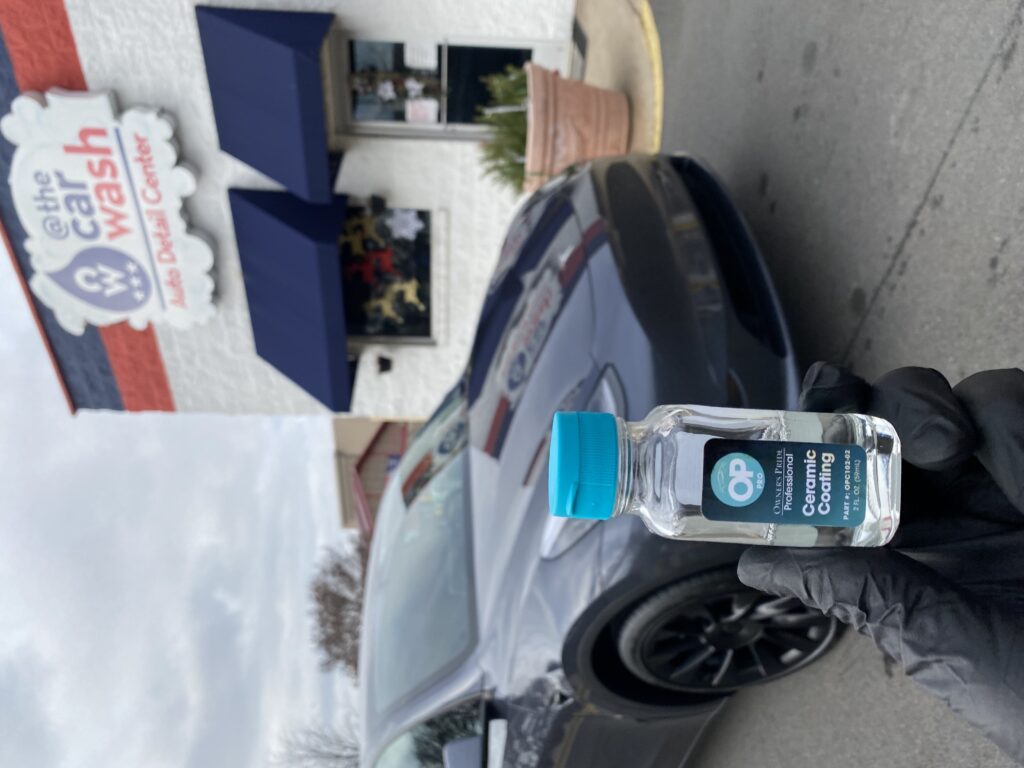 @ The Car Wash understands the value of high-quality car detailing services. We know that when looking for a professional car detailer to work with, you want someone you can trust. That’s why our team here uses only the highest quality products for all of our car washes and car detailing services, including industry-leading equipment and practices, along with some good old-fashioned elbow grease. We’re not afraid to work hard to help you get your car looking brand new.

Contact @ The Car Wash in Fredericksburg today to learn more about our ceramic coating services or to schedule an appointment with us today or view our available drop-in times!

Get A Quote For A Ceramic Coating